Vietnam Motorbike Tour Ho Chi Minh trail tour is just a name of our motorbike tours on the Ho Chi Minh road/highway through Vietnam from North to South of the country or in reverse, it doesn’t mean the tour will ride all the way on the trail because the Vietnamese government has the trail repaired in year 2000 and it becomes now sealed highway however the The Ho Chi Minh highway/road still offers great mountain view with plenty of interesting things to see such as: hill tribe’s villages with large green rice fields, rubber and coffee farms…

This 7 Day Vietnam motorbike tour Ho Chi Minh trail is one of the best in our collection of Vietnam Motorcycle Tours Ho Chi Minh trail because the roads we ride on the tour is the best part of the trail that show you a amazing views and things from Northern Vietnam to Central Vietnam from rustic lands and rugged roads to the sealed and smooth costal roads in Central Vietnam. Hoi An ancient town is an ideal place to cheer up and relax after ending the motorcycle riding trip. 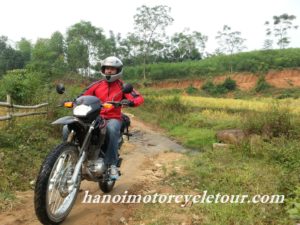 Start the Vietnam motorbike tour on Ho Chi Minh trail from the western outskirt of Hanoi at 9:00 am. From here it takes only one and a half hour to get far away from the bustle of the city, Just a short motorbike ride from Hanoi city we will be in mountain area and can have relax time on motorbikes. After lunch in An Lac (Hoa Binh province) We will have one of the best North Vietnam motorbike tours, the ride is through endless limestone mountain with some cute houses on stilted of the Muong people (It reminds you of the Natural World heritage – Halong bay), at the end of the back-road that is chosen by the team of Hanoi Motorcycle Tour you will be surprised again at amazing view of the Da river lake. After taking some pictures we continue enjoyable riding along the river through some bamboo forest and peaceful villages. We will be in Mai Chau valley at 4:30 pm. 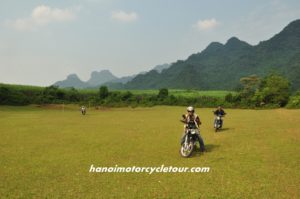 After breakfast and saying good bye to the host, we will have very interesting Mai Chau motorbike tour through rustic villages of the Thai people and green rice fields. When we get out of the valley, we will keep riding on a small, spectacular and paved trail along the Ma river until Cam Thuy town where we stop for lunch. After lunch, just enjoy a relaxing motorcycle ride on Ho Chi Minh trail all the way to Tan Ky. We arrive Tan Ky town at about 5:00 pm.

Tan Ky is known as the starting point of the Ho Chi Minh trail during the war. At that time, all the troops with foods and staffs gather in Tan Ky and start to matching to the south of Vietnam on the trail to join the war in DMZ. Tan ky now is a little town located by the sides of the Ho Chi Minh trail, it’s peaceful town surrounded mountains.

After simple breakfast in local restaurant, we continue the Vietnam Motorbike tour on Ho Chi Minh trail to Phong Nha and Ke Bang. The ride offers some stops to see the green tea farm, villages of hill tribes…Especially, the Ho Chi Minh trail motorbike ride in the afternoon is great, it reminds you again of lime stone mountains in Halong bay. The karst formation of Phong Nha-Ke Bang National Park has evolved since the Paleozoic (some 400 million years ago) and so is the oldest major karst area in Asia. Subject to massive tectonic changes, the park’s karst landscape is extremely complex with many geographic features of considerable significance. The vast area, extending to the border of the Lao People’s Democratic Republic, contains spectacular formations including 65 km of caves and underground rivers. 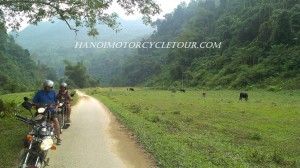 We can have some different options to ride from Phong Nha to Khe Sanh. Vietnam Motorbike Tour Expert recommends to ride on the western Ho Chi Minh trail. The western trail is known as the hidden trail that the Us Army did never know to bomb, the trail runs through the National park of Phong Nha – Ke Bang, in more than 200 km, you will just see few other motorbikes but a lot of beautiful and beautiful mountain view. The ride on this trail could be one the best motorcycle tours Vietnam; Especially, after getting out of the Phong Nha National park, we will get chance to visit the former US Merine Base with tunnels, Air base and a interesting museum of Khe Sanh.

After the western breakfast in hotel, we will leave the Ho Chi Minh trail to ride on another historical road No 9 to the east and get closer to the coast of Vietnam. It is short Vietnam motorbike tour but we should pay a lot of visits to some interesting historical sites such as: Hien Luong bridge – known as the symbol of border between the north and the south of Vietnam, museum of the 17th parallel and the famous Vinh Moc tunnel. After lunch nearby the tunnels, we will have short motorcycle tour to Hue. Arrive beautiful city of Hue at around 5:00 pm. 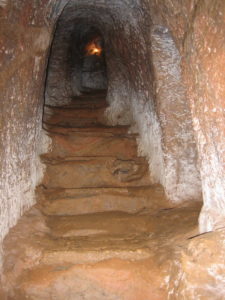 Vinh Moc (Vịnh Mốc) is a tunnel complex in Quang Tri, Vietnam. During the Vietnam War it was strategically located on the border of North Vietnam and South Vietnam. The tunnels were built to shelter people from the intense bombing of Son Trung and Son Ha communes in Vinh Linh county of Quang Tri Province in the Vietnamese Demilitarized Zone. The American forces believed the villagers of Vinh Moc were supplying food and armaments to the North Vietnemese garrison on the island of Con Co which was in turn hindering the American bombers on their way to bomb Hanoi. The idea was to force the villagers of Vinh Moc to leave the area but as is typical in Vietnam there was nowhere else to go. The villagers initially dug the tunnels to move their village 10 metres underground but the American forces designed bombs that burrowed down 10 metres. Eventually against these odds, the villagers moved the village to a depth of 30 metres. It was constructed in several stages beginning in 1966 and used until early 1972. The complex grew to include wells, kitchens, rooms for each family and spaces for healthcare. Around 60 families lived in the tunnels; as many as 17 children were born inside the tunnels

After breakfast in Hotel, we will have enjoyable time to discover the charm of Hue city. Base on your mood, we can take a motorcycle tour around Hue to see some tombs of the kings along the Huong river or have an easy bus tour around the city. We will be back to city to have lunch at one of the famous food streets in Hue. In the afternoon, take your free time to relax at the beach or have more walk around Hue or do some shopping. Diner is on your own, just fell free to enjoy your favourite food in Hue. 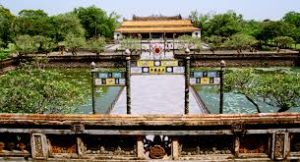 Hue is one of 3 capital cities of Vietnam during thousand years of history, but unlike the others, Hue remains a lot of originally historical vestiges as in this ancient Capital City.

On the Northern bank of Perfume River has relics consisting of palaces, which were constructed as arc defensive ramparts with 11km length. This valuable construction includes more than 100 architectural works which were extremely reflected the life of Emperors and mandarins under Nguyen’ reign. Situated in the middle of hills on the Southern bank of Perfume River are very beautiful tombs of Nguyen Kings. Among these tombs are the four famous ones with the name and the arrangements of the tomb reflected each Emperor’s points of view, personality, and tastes. This is majestic Gia Long tomb, imposing Minh Mang tomb, poetic Tu Duc tomb and magnificent Khai Dinh tomb.

Hue is also an important center of Buddhism. In Hue and its surrounding still exist tens of pagodas constructed more 300 years ago, and a hundred of temples and pagodas built in the early century. They take an important role in making Hue more attractive.

It’s another highlight of this 7 Day Vietnam motorbike tour. After checking out the hotel, we will head to the coastal outskirt of Hue and have enjoyable coastline motorbike tour down to Da Nang, the ride is almost on the countryside roads through some villages of the fishermen who spend a lot of money to built very big and colorful tombs for their ancestors. After the ride on those back-roads, we will have another coastlines motorbike tour on Hai Van pass. It’s must be one of the best motorbike rides along the coast. We will get to Hoi An or Da Nang at around 4:00 pm. Check in the hotel of your choice and say good bye to the local team of Hanoi Motorcycle Tour. Take your time to have rest in Hoi An before flying back home.

Please let us know which kind of bikes you’d like to ride and how many people in your group then we will give you the right price of the tour. 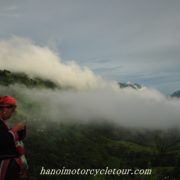 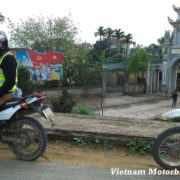 Experience Hanoi From The Back of The Bikes 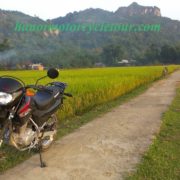 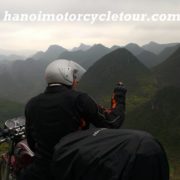 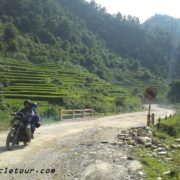 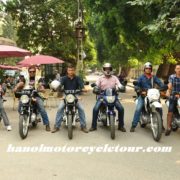